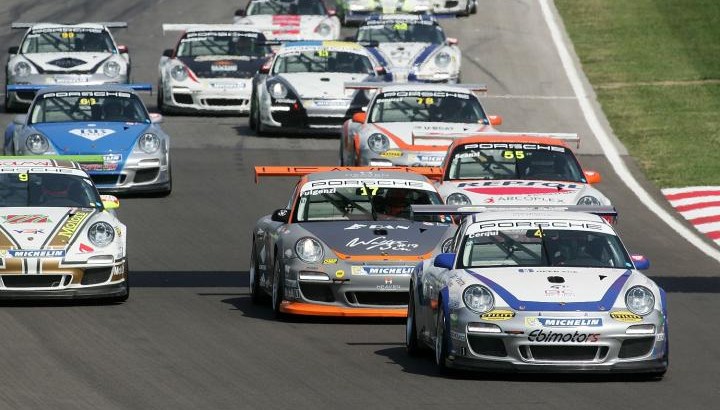 Check availability
Misano RACING WEEKEND 12th Edition Italian GT Championship 9-10 and May 11, 2014 Misano WORLD CIRCUIT At Misano Adriatico – Rimini- After the eleventh edition which sees the winners of the GT3 class Vito Postiglione and Luigi Lucchini with the Porsche , there is a great expectation from the fans of Ferrari who want to rebuild after the defeat of 2013. Waiting will end on May 11 on the track at Misano in the province of Rimini, where the riders will compete in the Grand Touring class for the Italian Championship . Crews will be twenty divided their time between the GT Cup and the GT3 class , and as we have already mentioned for the GT3, the GT Cup will need to beat the Porsche which in this case is the 997 , try and find very valuable rivals like the Ferrari Italy 458 and Lamborghini Gallardo . The two races will be held Sunday, May 11th with times yet to be determined , while on Friday 9 and Saturday 10 days will be dedicated to the practice and the official ones , for a weekend full of strong emotions. Three intense days for fans of the four wheels , which will assist with the challenges of the pilots, all tenacious and highly motivated by the victory . Spend the weekend in Misano Adriatico near Rimini will be a real pleasure, as you will have the good fortune to stay in a land full of surprises, which due to its location adjacent to Riccione is full of attractions of all kinds, such as: clubs , pubs, restaurants , massage parlors , night clubs , miles of beach for a healthy walk or a run , and many others , that hotel facilities such as the Hotel Augustus Riccione or Rimini Hotel Stresa will show you , so provide all the relaxing or entertaining as possible according to the needs . Hotel Stresa , which in 2013 was awarded as the best hotel in Rimini province and thanks to numerous reviews of customers who stayed in the tree, waiting for you at the Hotel Augustus Riccione together , to welcome you with the warmth that always distinguishes them , and to offer you a relaxing stay with a breakfast suitable for all kinds of tastes , including the special needs of food intolerances. 12th Edition Italian GT Championship Misano Racing Weekend dates 9-10 and May 11, 2014 place Misano Adriatico , Rimini Misano World Circuit -Marco Simoncelli – Autodromo Santa Monica Via Daijiro Kato , 10 Sales Office Tel +39 0541 618535 ” ” +39 0541 618531